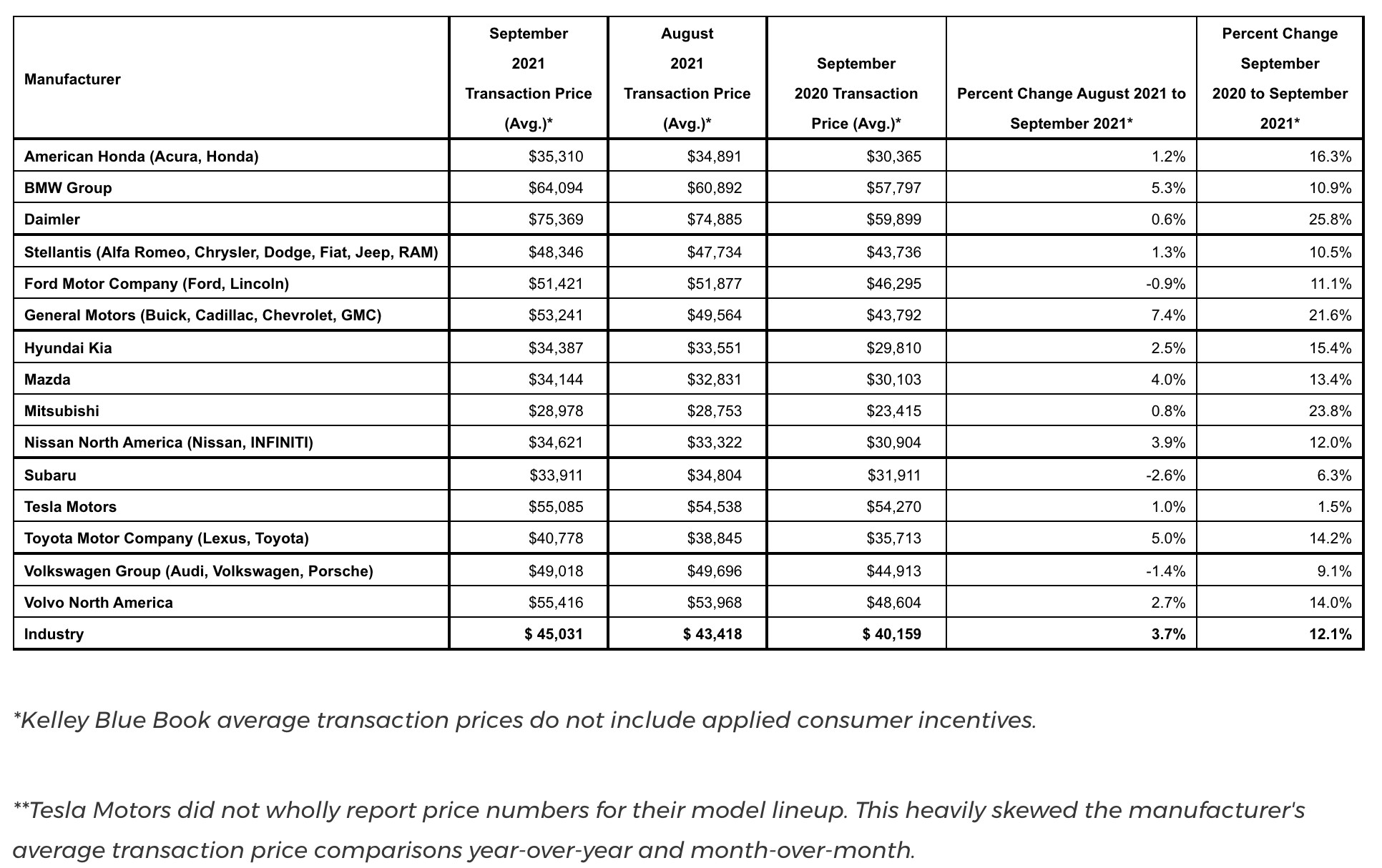 KBB data shows the rate of pricing increases from major automakers globally. While every car company in the world was forced to increase prices due to semiconductor shortages and supply chain bottlenecks, the variance of each rate increase was dependent on the automaker. However, some car companies hiked prices significantly more than others. The same cannot be said for Tesla, which increased prices the least of any automaker, and by a considerable margin.

Data from the KBB study shows Tesla’s prices increased by only 1.5% from September 2020 to September 2021. The industry average was 12.1%, mainly driven up by Daimler, which saw 25.8% price increases in the same time period. Other automakers with over 20% price increase rates included Mitsubishi (23.8%), and General Motors (21.6%). The two car companies with the smallest increases were Tesla and Subaru, which only increased prices Year-over-Year by 6.3%.

Tesla’s only sub-$40,000 vehicle is actually the Tesla Cybertruck’s Single Motor variant, which is not scheduled to be built for several years as the company is prioritizing the more expensive, but more capable Dual and Tri-Motor configurations. The Cybertruck will be built at Tesla’s Gigafactory Texas in Austin.

The supply chain shortages were not the only thing to blame for the hike in average new car prices, according to KBB’s report. In fact, buyer preferences also helped the average cost of a vehicle go up considerably. KBB said, “the vehicle mix shifted in September away from lower-priced sedans, compacts and entry-level segments toward more-expensive pickups, SUVs and the luxury market.”

Tesla has increased prices of its vehicles on several occasions this year due to demand and parts shortages. However, the most affordable vehicle from the company, the Model 3 SR+, still remains under the national average new car price at $41,990.