Couples of years back, Electric Vehicles were not in demand and there were two categories of people – one set of people who wanted to use electric but did not trust on any such single vehicle and secondly – cars that can do everything – gas powered vehicles being replaced by Electric Vehicles.

The former created the early days of Electric Vehicles that we lived. They were EVs that require to be recharged frequently especially at a garage that is close to owner’s place. They did not have levels like Level 1 or Level 2 options for recharge which requires quick recharging infrastructure.

The later was Tesla powered Electric Vehicles that were long range and could depend on DC for charging to cover areas that are run by cars that are powered by gas. Tesla was able to understand the need of having fast charging vehicles could build a big ecosystem that would enable owners to replace gas vehicles with electric run vehicles.

Charging was a problem as per the EV testing done at Business Insider. But Tesla didn’t have an easy task too. They had their own issues with regarding system, but the company was successfully able to invest various Super Chargers at various locations and if they were properly implemented, they could remove the problem of range that is affecting the competition.

Many think that building a Supercharger is an easy task. Tesla had to spend almost a quarter million dollar for each station setup. But it did create a difference by selling a solution to consumers rather than leaving it to them and trying to resolve it by themselves.

With the advancement of Tesla in development of supercharger for electric vehicles, they have come up with complete sustainable lifestyle where electric vehicles can be charged at home by using Tesla Solar Roofs. In 2013, Tesla did introduce battery swapping where you could swap battery for charging but it never took off completely.

Tesla owners can use Level 2 to cover the gap in charging and get enough juice to go to the next Supercharger.

Once Superchargers was installed at major places, Tesla began to install at small places like parking places so that urban places will be flooded with this innovation. Superchargers used to be one of the biggest perk they offered while owning Electric Vehicles, but as more vehicles started getting sold, these perks had to be cut down. Now Supercharging has become expensive and it is almost as burning gas.

There are navigators at various points where you could know the place Superchargers are installed and they provide the availability of chargers and which all points are occupied. Based on that vehicle owners can plan to move there for charging.

Tesla app could be downloaded online and with that, you can keep track of your charging on your smartphone. This can be useful when you want to leave your car on charge and move around or get yourself involved in some other work. The Tesla monitor screen could keep the pace of your charging at Supercharger point.

Most of these Superchargers are available 24/7 and it is a simple to use device as when connected, vehicle is in constant communication with network.

In short, Tesla’s gas stations have become as Superchargers  and batteries of the electric vehicles as gas tanks

The post Newly launch by Tesla on its Multinational Supercharger for Electric Vehicles appeared first on EV REPORT.


Go to Source of this post
Author Of this post: Vineeth Menon
Title Of post: Newly launch by Tesla on its Multinational Supercharger for Electric Vehicles
Author Link: {authorlink} 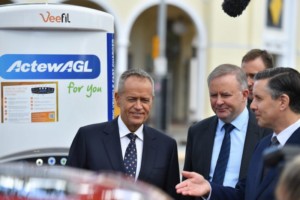 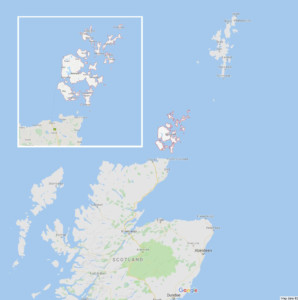