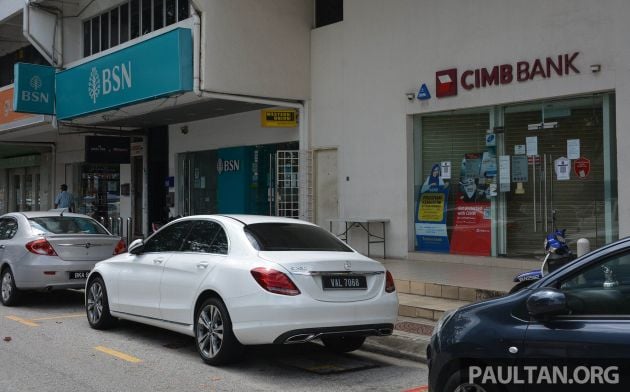 Banking institutions in Malaysia have been instructed by the ministry of finance (MoF) to immediately work on the exemption from interest payments for recipients of bank loan moratoriums, The Edge and Business Today reported.

Finance minister Tengku Datuk Seri Zafrul Tengku Abdul Aziz said in a statement that this will involve moratorium recipients in the B50 segment, which is the bottom 50% of all Malaysians in terms of income classification. The planned exemption from interest payments will be applicable for a period of three months in the fourth quarter of this year, so from October to December 2021.

Previously in June, then prime minister Tan Sri Muhyiddin Yassin has announced a six-month loan repayment moratorium for all Malaysians under the Pemulih package, which is similar to what was handed out during the first movement control order early last year.

Covering all Malaysians from the B40 segment to the country’s top 20% earners (T20), including micro entrepreneurs, those requiring assistance only needed to apply with their respective banks. Tengku Zafrul said at the time that this is meant to help borrowers by deferring repayments to a later date, but would not be interest free.

However, he later added that banks would waive compounded interest and penalty charges for borrowers who take up the moratorium. His latest statement appears to take things a step further, as B50 moratorium recipients would not be subjected to interest payments for the aforementioned three-month period.

The MoF’s directive to banking institutions comes after a Cabinet meeting on September 10, whereby ministers had approved a proposal to table amendments to the Temporary Measures for Government Financing (Covid-19) Act 2020. This will entail raising the ceiling limit of the country’s Covid-19 fund to RM110 billion from RM65 billion previously, while also increasing the statutory limit of federal government debt from 60% to 65% of gross domestic product (GDP).

“The amendments to the bill will be tabled for approval in the Dewan Rakyat this October and are aimed to, among others, strengthen the public health system, especially to curb the spread of Covid-19 and treat Covid-19 patients, improve direct cash assistance to the rakyat, and support business continuity, especially for small and medium enterprises (SMEs) as well as micro SMEs,” said Tengku Zafrul.


Go to Source of this post
Author Of this post: Gerard Lye
Title Of post: Malaysian banks instructed by MoF to offer interest-free loan moratorium from October to December 2021
Author Link: {authorlink}