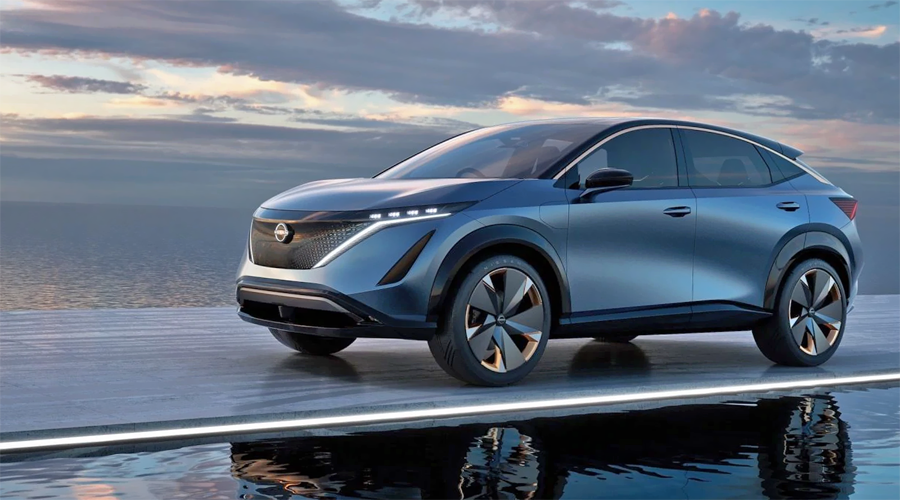 No doubt, the renderings seem to show that it is the official design application. And this confirms the ownership of Nissan over the Ariya’s look. The images leaked show the unflattering glimpse of what you might see on the road in the future.

The leaked patent images provide a major indication of how the Nissan Ariya SUV will look. The Ariya like most of the Nissan cars is a five-seat electronic SUV similar in size of the Nissan X-Trail and Nissan Qashqai.  But the only difference is that it has a much bolder look.

Well, various inside sources seem to believe that the car is going on sale in the second half of 2021. It was during the 2019 Tokyo Motor Show, that Nissan first revealed the Ariya concept. Also, it appears that various striking styling touches have been made to it during the production.

In the front, a huge grille (that would likely be closed off) would be flanked using sharp LED daytime running lights. Also, the headlights would be incorporating the LED tech. It looks like the car would be getting a subtle front spoiler and a cladding plastic body, where the latter would be created to make the car look a bit rugged.

One thing that clearly shows the extensive progress Nissan has made can be in the interior design. Here it is paired with the dashboard that features a 12.3-inch infotainment screen. Now, this is extensively controlled using a dial rather than a touch, making it safer and easy for you while driving.

There are other mind-blowing technologies included in this latest electric car. One of them is Nissan’s ProPilot active safety system. This will allow the car to drive autonomously in a motorway lane. Plus, there is a facility where one can heat or cool the car just before leaving, a digital personal assistant, and the presence of wireless software updates.

The interiors are well-furnished as Ariya is following the concept of minimalist design that contains two large screens. One that shows the driving details and the other one controlling the infotainment and sat-nav functions. Well, this setup is similar to the Mercedes A-Class and the latest Volkswagen Golf.

Compared to the Nissan X-Trail, the Ariya looks a bit 40mm shorter and comes with an option of seven seats. As per the concept revealed in 2019, it had a longer wheelbase compared to the X-Trail.

Now combined with the lack of exhaust system and engine, it would mean that Ariya will be having a huge interior space. Chances are there that there would be a flat floor in the rear and the boot can be of good size too. Reference –https://cleantechnica.com/2020/04/27/next-nissan-electric-car-revealed-in-patent-filing/